On the afternoon of 30th December whilst out birding with John Kemp we came across an odd, medium sized wader in a flood pool on the machair near Kyles Paible. North Uist. It was probably around 60 feet away and as we took in the salient details we considered that the bird was a yellowlegs; although its legs were not visible as it was wading in deep water and there was no other waders alongside for comparison. Shortly after it was flushed by some nearby Redshanks and it left along with a small group of them. As it flew away we scrutinized the rump area to look for the square, white patch of a yellowlegs but the white wasn't restricted to the rump and extended in a white flash up the back towards the mantle. The legs were also very long, extending well beyond the tail producing a very characteristic look in flight. The group landed nearby and the small size and rather dainty appearance of this tringa sandpiper could only mean one thing - a Marsh Sandpiper. To say we were staggered is perhaps an understatement and we spent the next hour trying to obtain some decent images to allay any doubts that may arise about the birds identity. Luckily for us as we were leaving it flew down to the shore and allowed quite close approach as it fed along the seaweed on the rising tide in the last of the day's light. 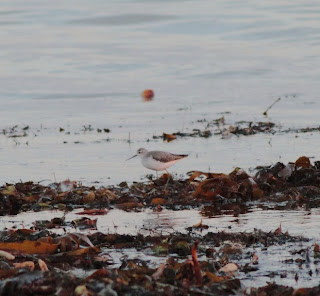 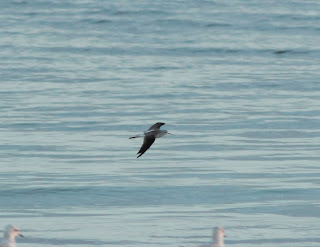 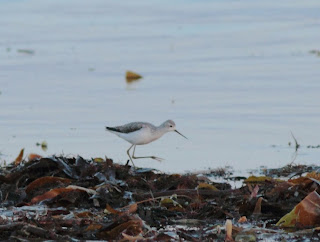 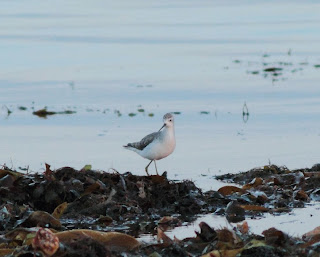 This is just the 11th record for Scotland and possibly the only one to have been found in the UK in winter. It's possible that the bird had been around for some time undetected but one thing is for sure we certainly weren't expecting to find this increasingly rare British straggler in mid-winter in North Uist.